If you’ve been keeping up with Arc System Works’ (Guilty Gear, Dragon Ball FighterZ) upcoming fighter, Blazblue: Cross Tag Battle, then you know they caused a bit of a stir recently with their DLC announcement. Originally Arc announced that the game’s roster would consist of 20 characters at launch with an additional 20 available as paid DLC. Blake Belladonna was in that list of DLC characters, see the announcement article here. This caused an upset with fans as many felt this was a dig into their wallets. Game companies can quickly find themselves at the displeasure of the players when it comes to announcing DLC and Arc felt their disapproval swiftly.

Arc had been fairly quiet , not addressing the topic of DLC until today when they posted a tweet revealing Yang Xiao Long as the second downloadable character. Along with the reveal of Yang they announced that both Yang and Blake would be free to all players. This is definitely a move to calm vocal fans, but is it enough?

The game hasn’t been given a Western price tag, but some theorize that the base game will be sold at a lower price point putting it around the cost of a standard game after purchasing DLC. If that’s the case then this wouldn’t be a bad deal, but until Arc makes an official comment on the price point for US and Europe, we’re simply left to speculate.

Blazblue: Cross Tag Battle is set to release June 5, 2018 in North American, May 31, 2018 in Asia and will be available for PlayStation 4, Nintendo Switch, and PC via Steam. 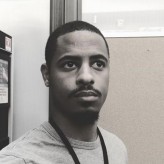